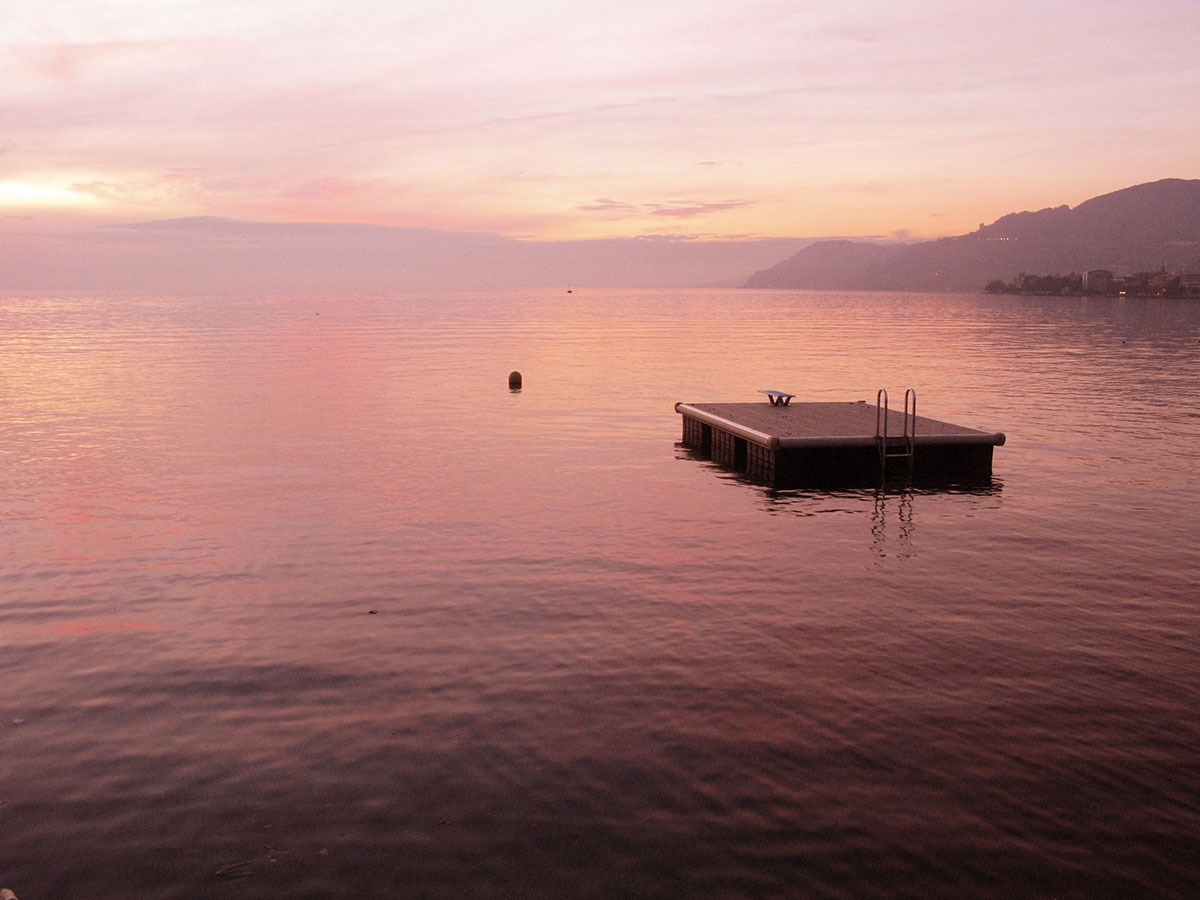 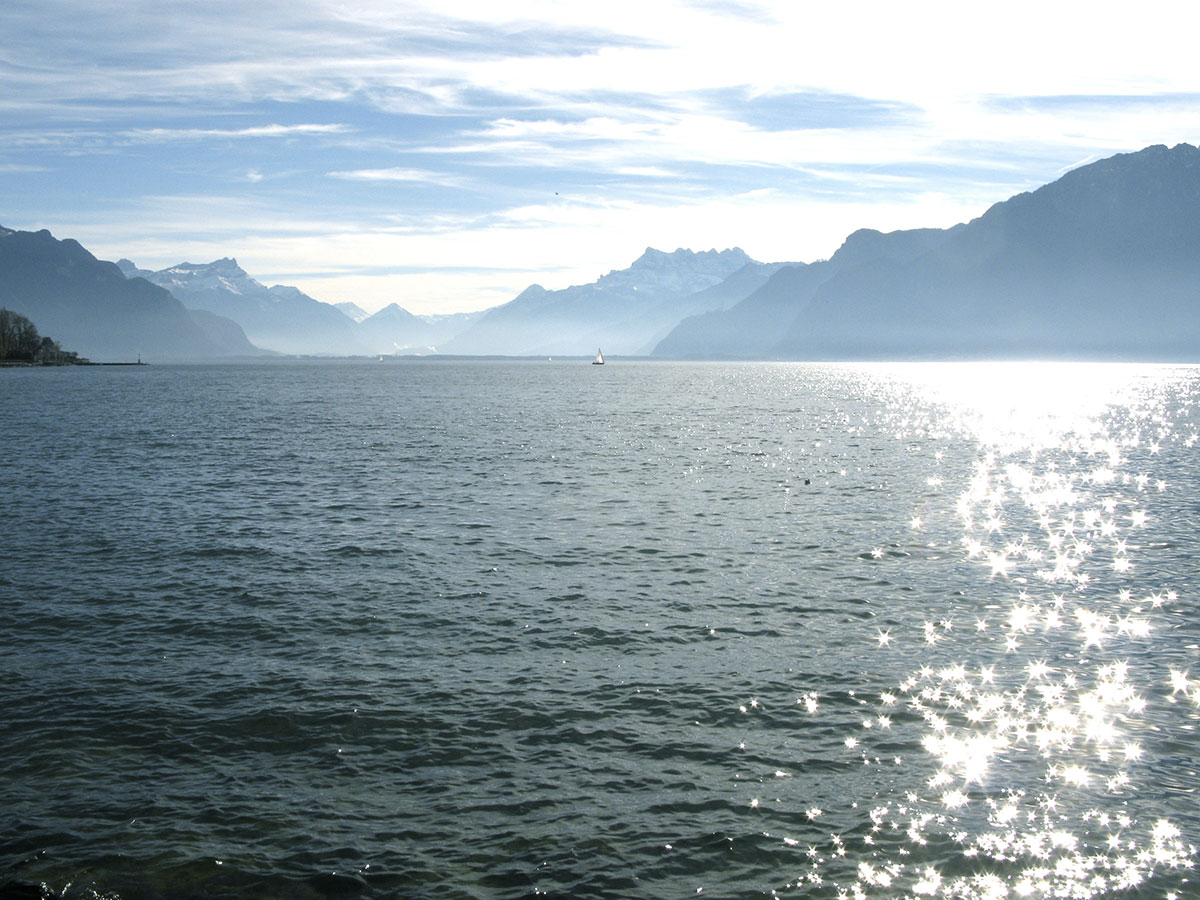 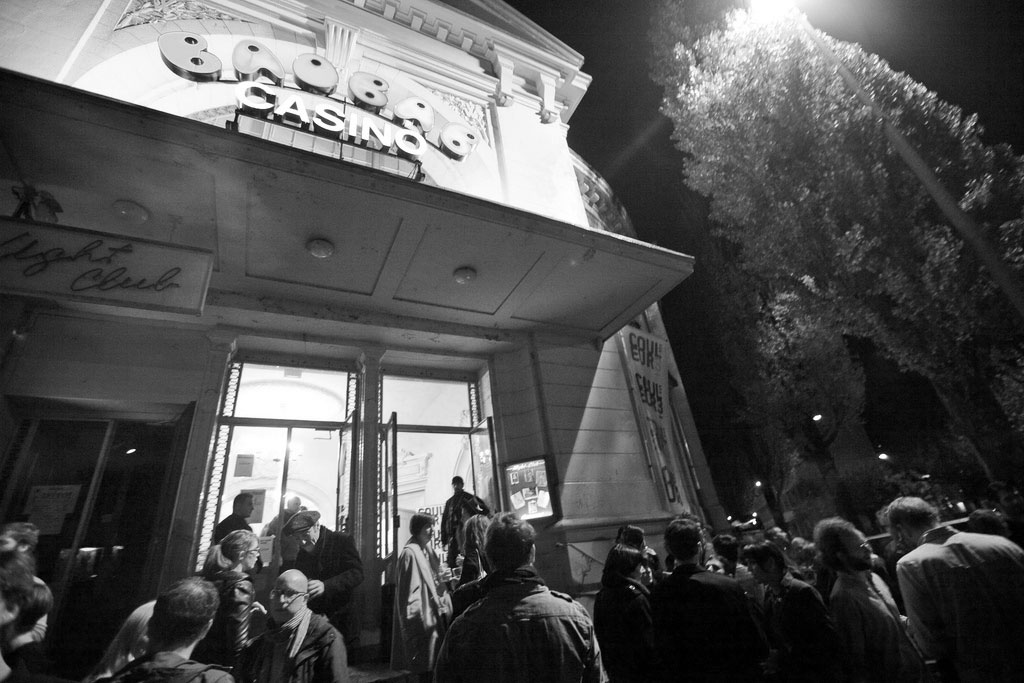 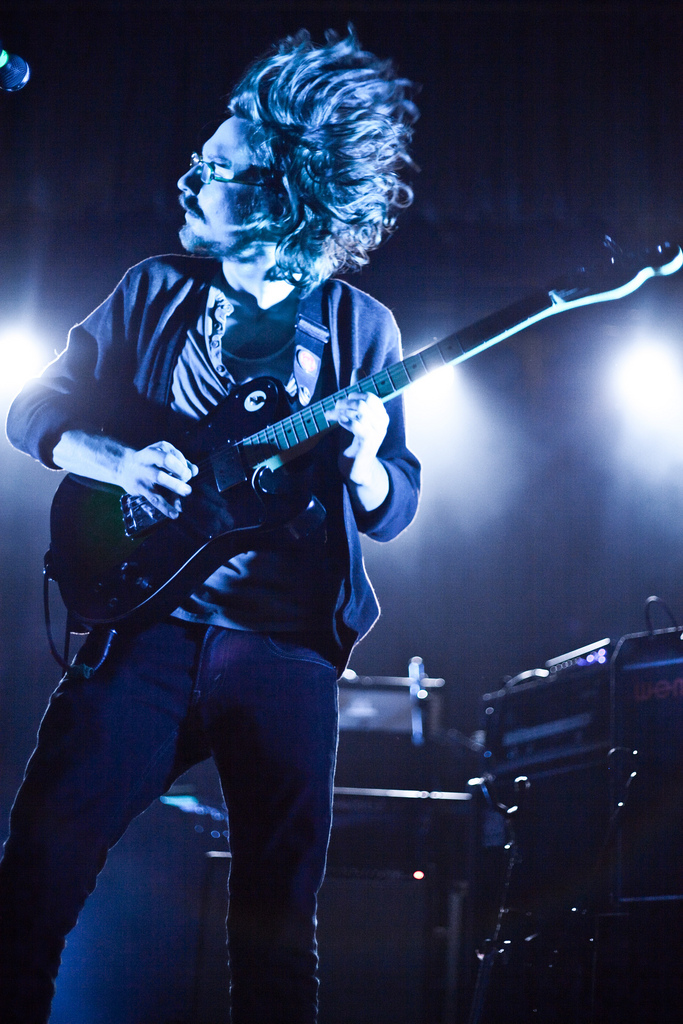 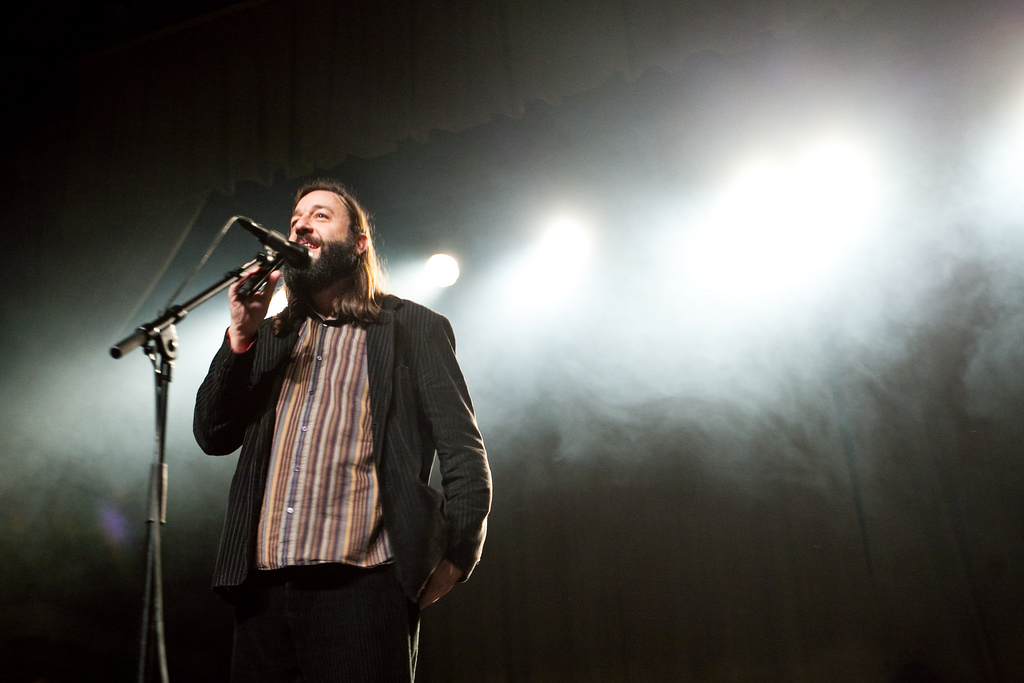 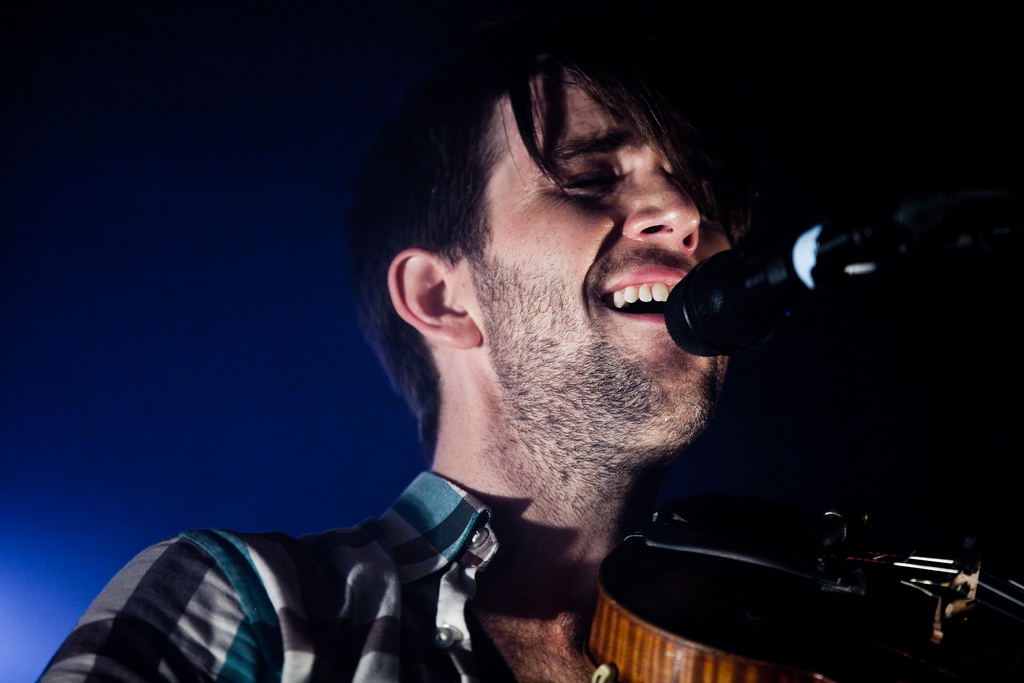 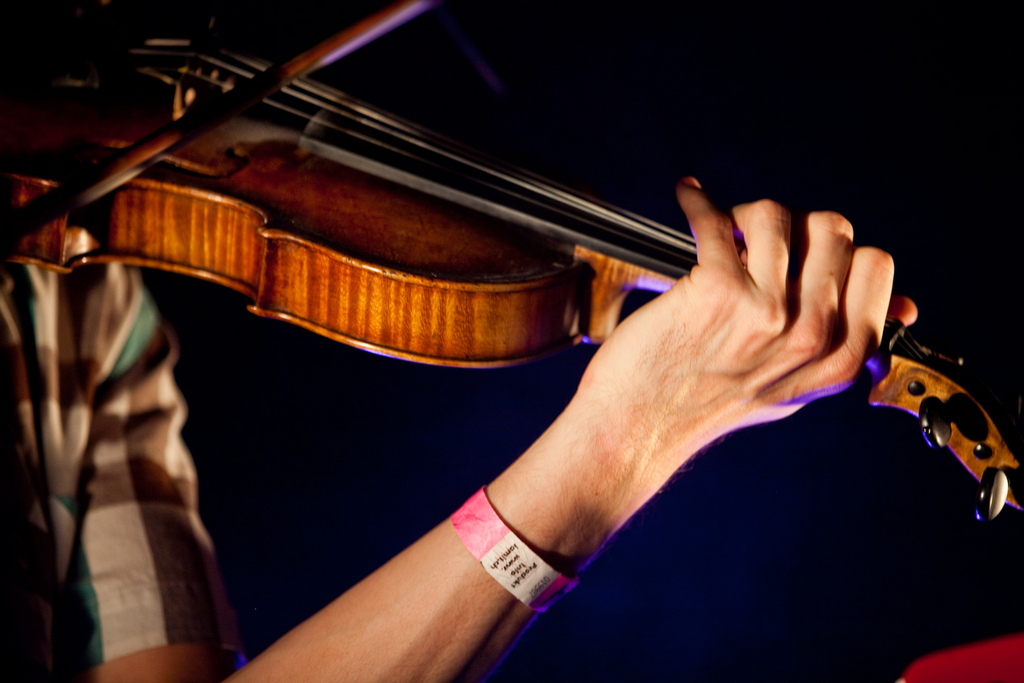 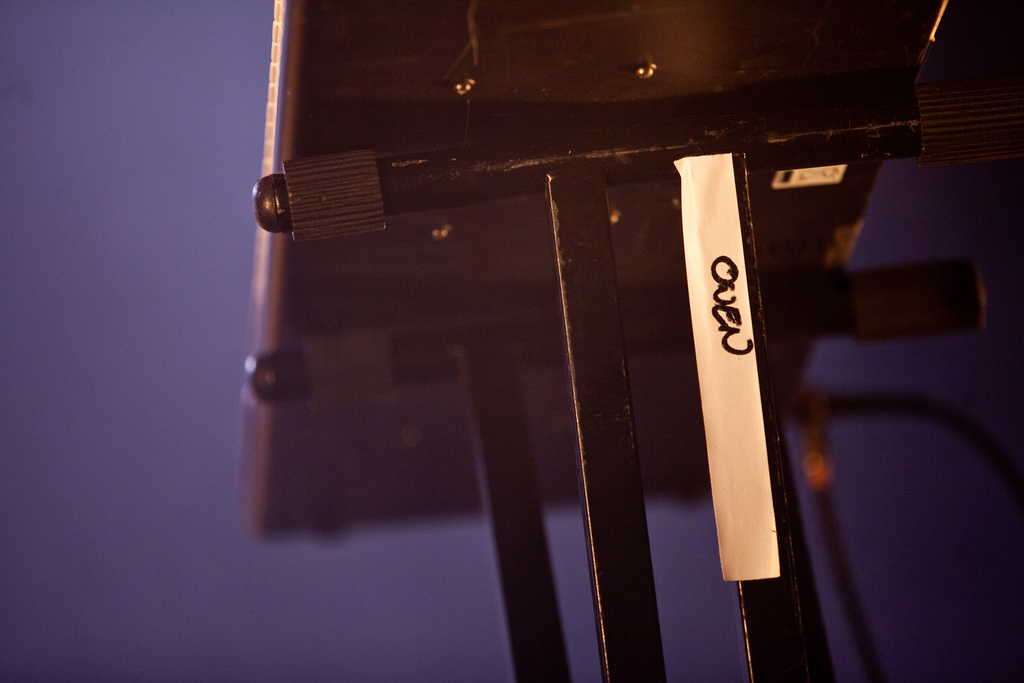 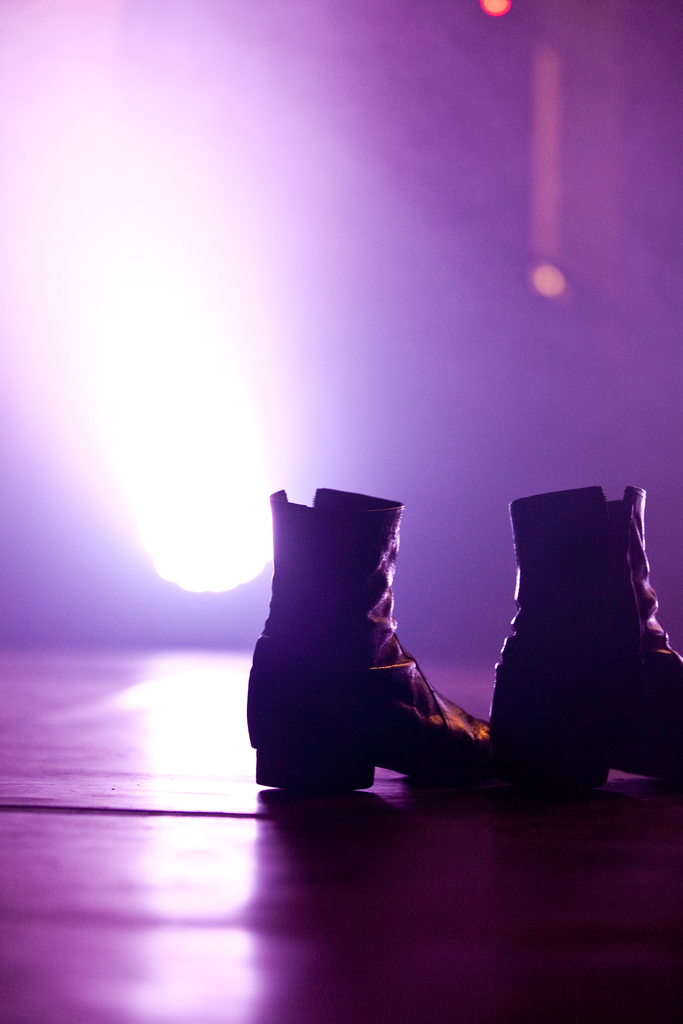 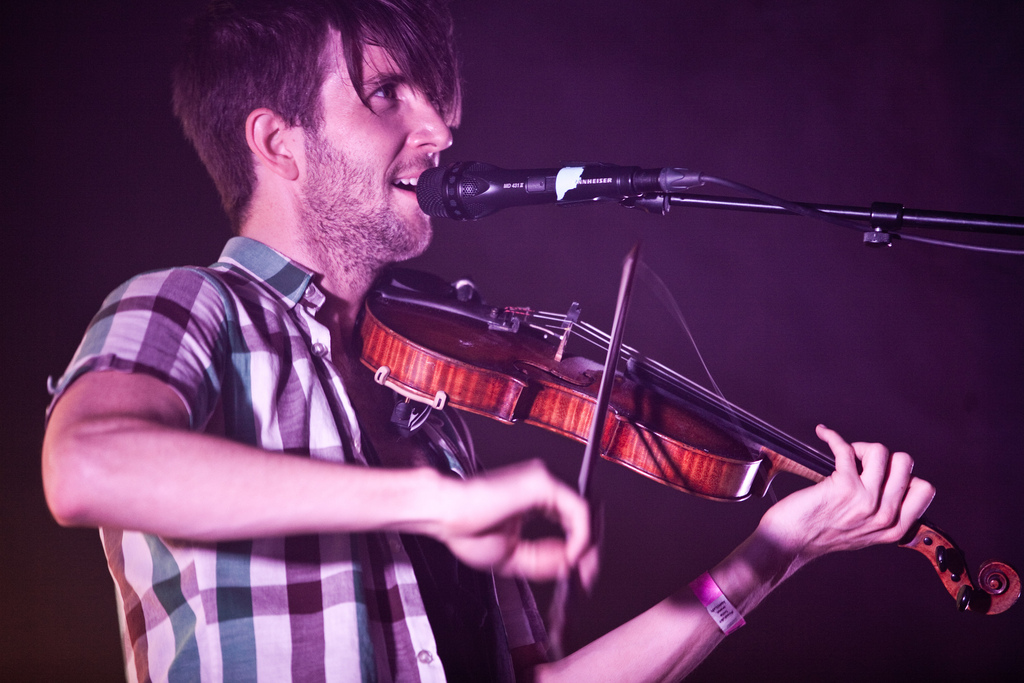 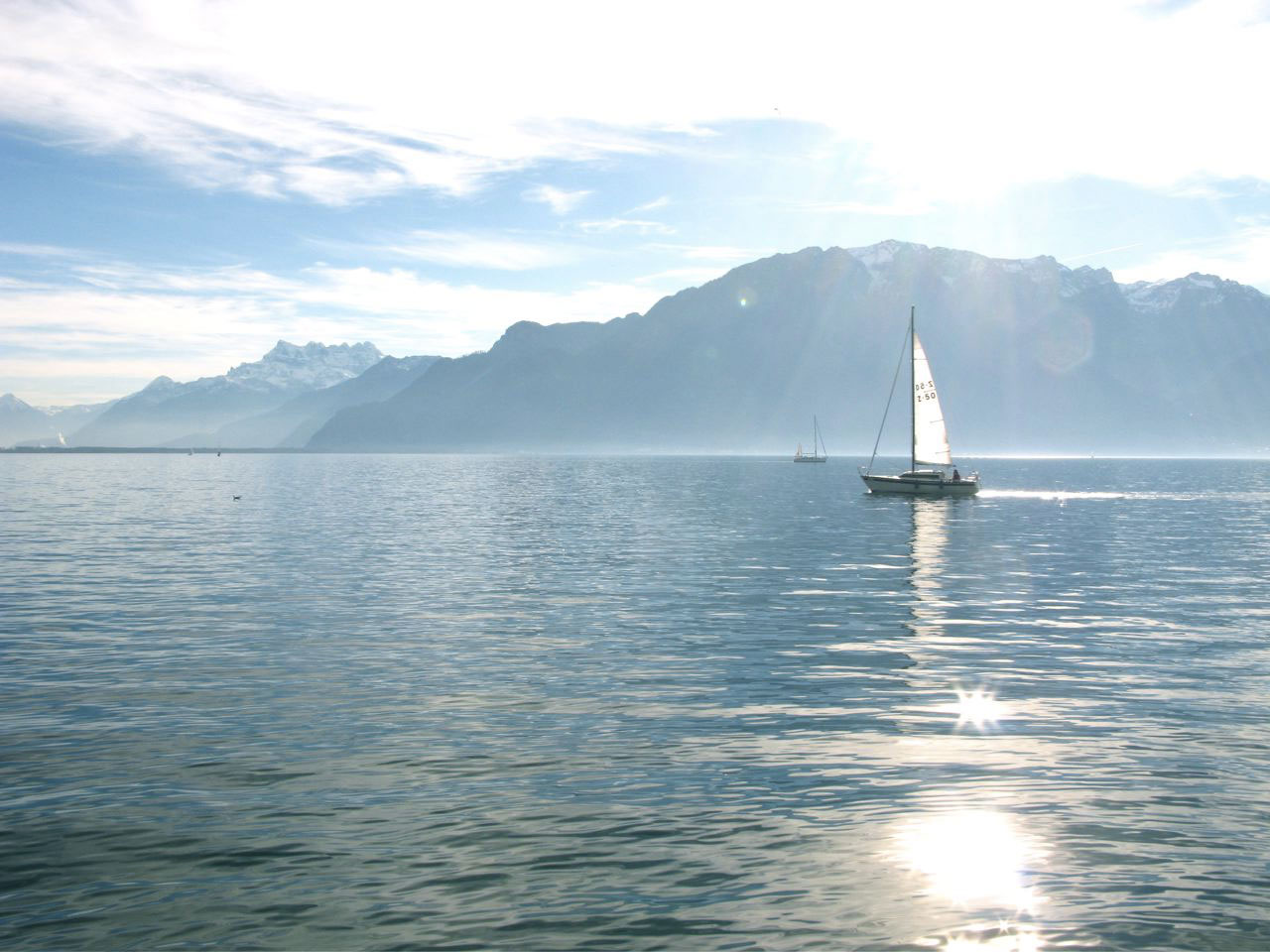 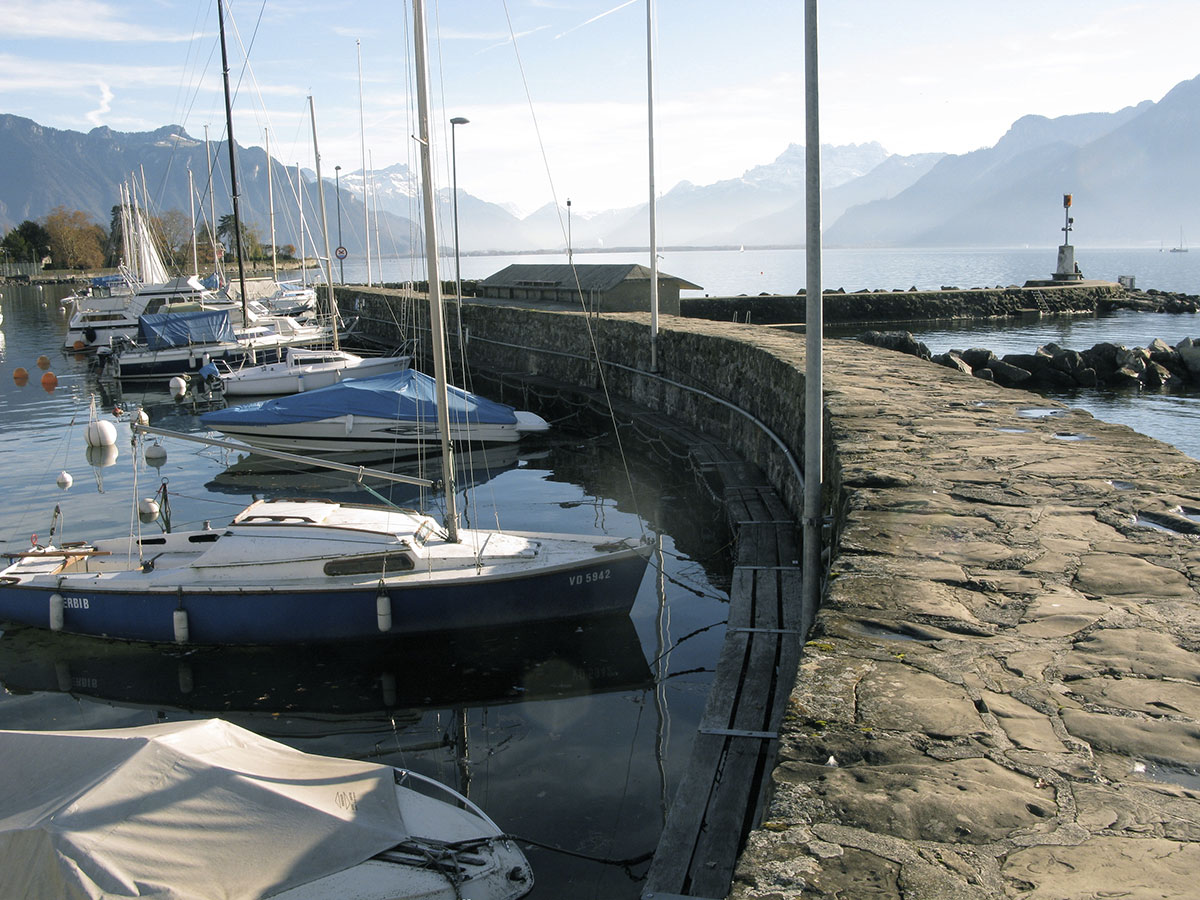 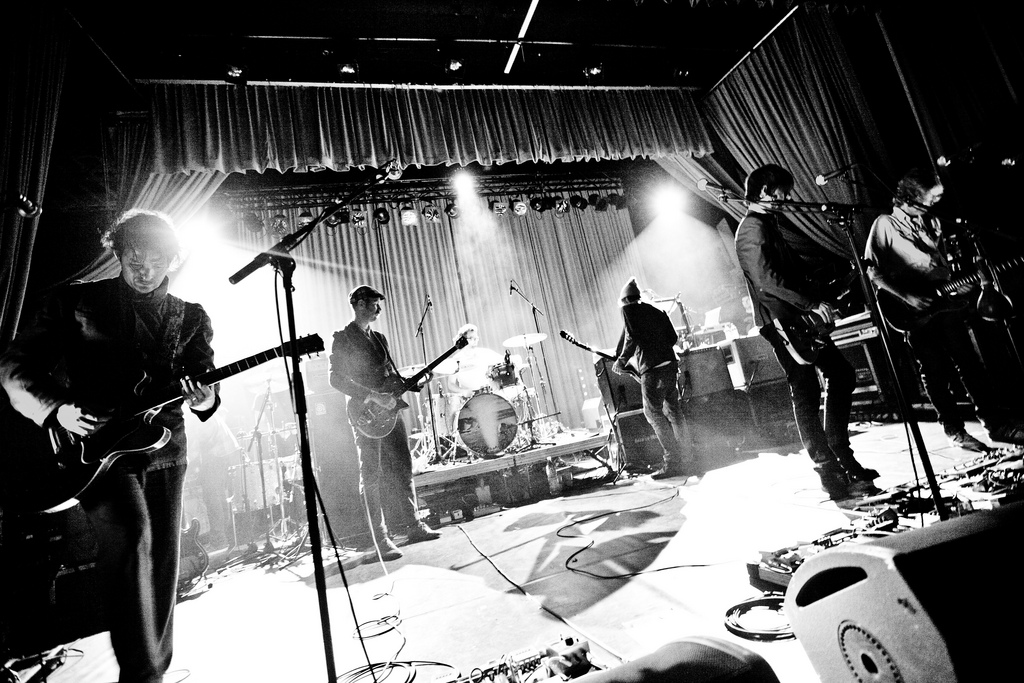 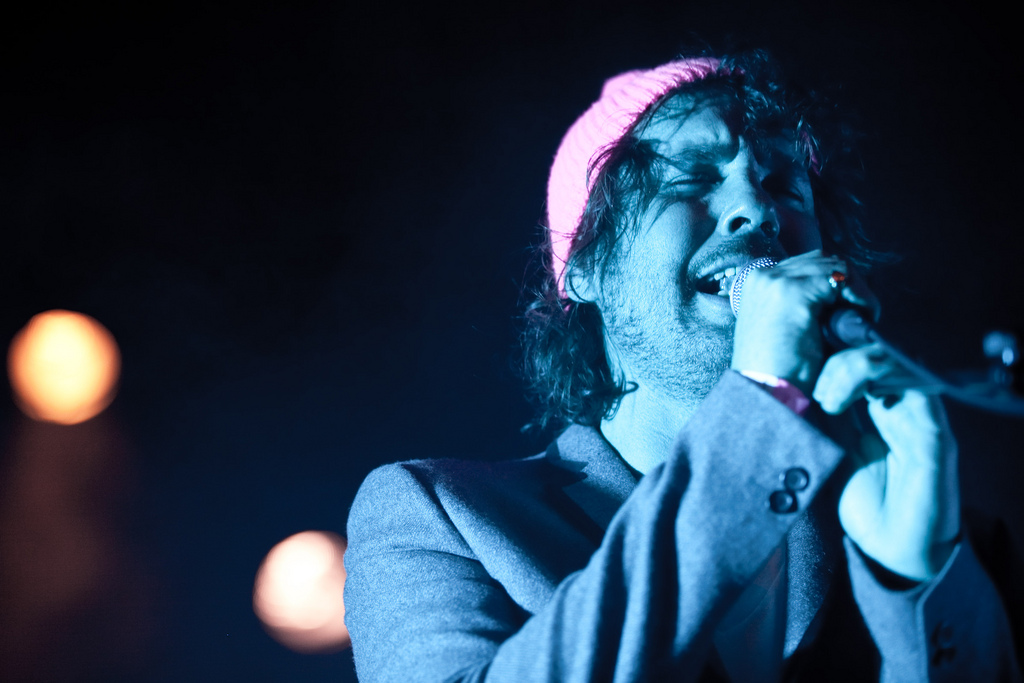 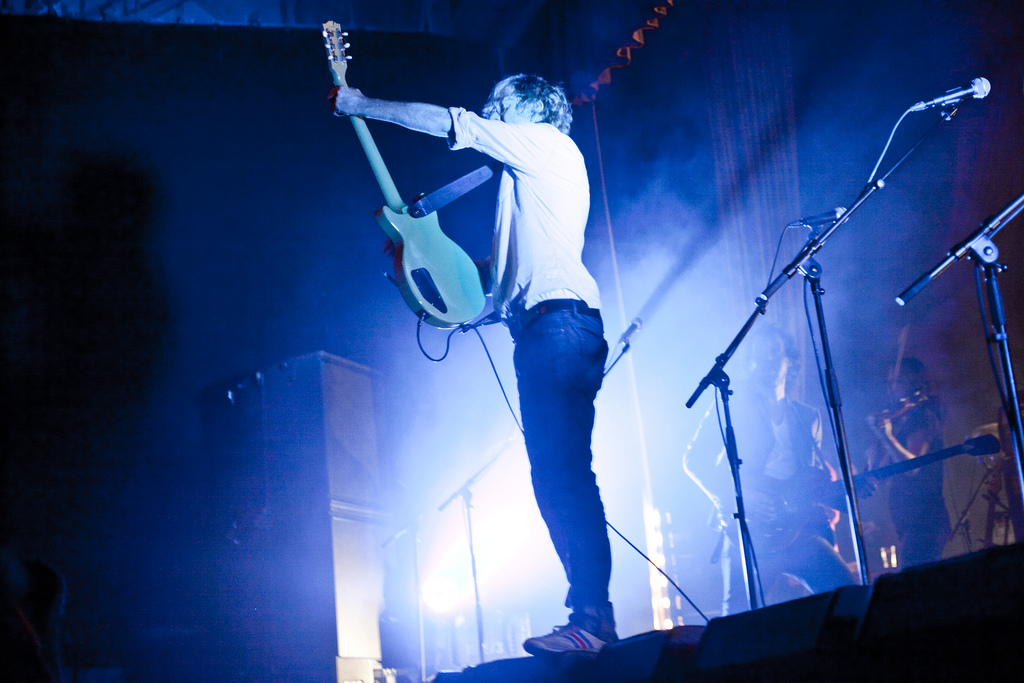 It’s really difficult when one talks about Switzerland not to break into a hacked rendition of “My Favorite Things”. For the sake of brevity and my pride, just know that I harbor a deep love for boutique festivals, alpine lakes, chocolate and cheese.

Back in 2010 I received an email from the promoter of a festival I had not heard of before: Heartland. Little did I know back then, this was going to become my favorite autumn festival for so many reasons. For one, the beauty of the festival locale (right on Lake Geneva) with its snow-capped mountaintops in the distance is breathtaking. 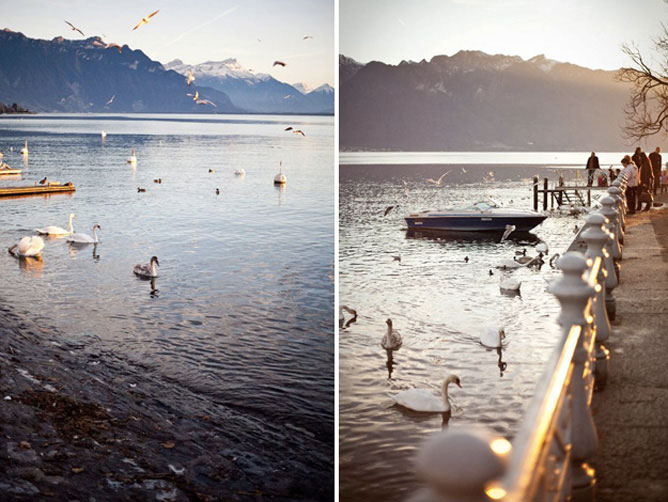 Bands are usually invited to stay for the full duration of the festival. As a booking agent and tour manager I know that touring is the most fun but also most difficult part of being in a band. Health, sleep, and comfort are hard to come by on the road, but here at Heartland Festival bands get spoiled and deservedly so. To come here means to slow down: Staying lakefront overlooking the water and the mountains; enjoying a typical Swiss breakfast, coffee and newspaper in the mornings; spending a relaxing afternoon in a steam room and sauna; walking along the lake watching the boats sail by during sunset; taking a boat ride to Montreux or a quick funicular ride up the mountains for some marvelous views and some easy hiking; or strolling through the old town of Lausanne. The options are endless. Bands and festival visitors alike can fully recharge their batteries here before heading over to the festival location to sing their hearts out at Heartland.

The sheer amount of passion and dedication put into booking this beautiful festival is one of a kind! A brief history of the artists who have played here in the past: At the festival debut in 2010, there was an all Canadian lineup with bands like Broken Social Scene, Do Make Say Think, Zeus, Buck 65, The Hidden Cameras, Snowblink and many more. In 2011 Mr. Howe Gelb curated a billing featuring José González, Emiliana Torrini and Lambchop, culminating in a special performance with his very own band, Giant Giant Sand. One year later, the founders of Heartland celebrated Constellation Records’ 15th Anniversary with bands like Godspeed You! Black Emperor, Do Make Say Think and Thee Silver Mt Zion.

Owen Pallett on collaborating with Heartland’s founders: “This is the fourth edition of the Heartland festival and the first I’ve been asked to curate. Festival co-founder Pascal suggested to me the subtitle “Gotham” in 2011. He said the word, pausing before he did so, with a sinister smile, and a long “mmmm” at the end. I did not think of Batman, or New York City, or goth music or gothic architecture when he said the word. I was drawn more to the onomatopoeic quality of the word, the mood the word evoked. Like Atlantis, Persepolis, Avalon, Babylon, it sounds like a legendary place, and a serious one. When making a list of my favourite live performers, Diamanda Galás will always be at the top. No human has challenged my dogma and pruned my withered ideas more than she, as a performer, a lecturer, a musician and thinker. There is no greater quality in a human than compassion, and her music is savagely, ruthlessly compassionate. It is in this spirit of generosity, of ascetic devotion to craft, and of acceptance of self that I selected the remaining artists at this festival.”

I personally would like to highlight one of the bands I am honoured to send to Heartland, The Hidden Cameras. For those of you not familiar with them, The Hidden Cameras create elegant pop songs that are equally fun. An energetic live band, there is a constant frenzy of strings and guitars, playing off of well-pitched, spirited vocals from Joel Gibb, front man and founder. Towards the end of this year the band will release their first single “Gay Goth Scene” of their new album “Age”. It’s said to be evasive and funny, dark and foreboding. Who’s excited?

Speaking of excitement, I’m not just inviting all of you to come. This time I’m seasoning the deal. How does this sound? You and a friend receive 6-day festival passes for this year’s Heartland Festival in Lausanne, Switzerland. For six days you will be awed by the beauty of Lake Geneva, the intimacy of the festival venues, and the lineup curated by the refined tastes of Owen Pallett. The catch? Tell us why you deserve this 6-day vacation paradise. And make us believe it. Now, go forth, write an email to servus@munichandthemountains.com (by September 18th) and we’ll converge on Lake Geneva in September! Deal? Deal. 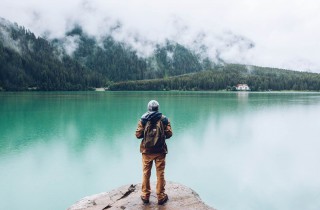 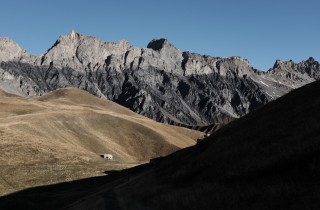 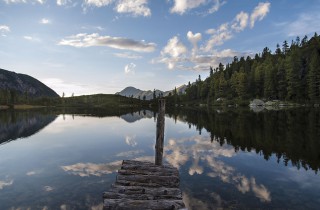